This year I’ve visited South Korea (Korea) five times.  The destination has always been Changwon City so most of my experience and observations of Korea relate to that locale.

Any Westerner’s experience with Korea inevitably starts with the food.  Yes, most have heard of kimchee and Korean BBQ.  But until you’ve had a traditional Korean-style meal, you just have no idea.  Some years back, here is LA I tried beef bone soup and kimchee. I have to admit I was willing for that to be my last time.

For most people new to Korean cuisine, there’s probably a period of adjustment to the spicy, pickled vegetables and hot sauces.  That period, for me, really wasn’t more than a couple of days, and only for a portion of the dishes served.   A few of the crunchy food textures were also new, but I had little trouble adjusting to those.  Today, I love Korean food because of the variety of tasty dishes and its healthy nutritional qualities.

The other adjustment is chopsticks.  While I’ve used chopsticks before in Chinese and Japanese restaurants, they were all of the wooden or plastic variety.  Korean chopsticks are thin stainless steel, requiring a higher level of skill to hold and manipulate.  The first time I tried using them one of the cafeteria servers noticed I was fumbling and handed me a fork – a highly visible gesture when no one else in the place was using one.

Exercise is a visible part of Korean life.  I cannot say this means more Koreans exercise in comparison with Americans.  Perhaps it is simply the presence of public exercise equipment and golf driving ranges seemly everywhere.  Korean society does not seem to be plagued by lawsuits and the attitude that “someone else is responsible for my condition”.   So Koreans, to their credit, view a public exercise machine not as a tort liability, but as a means of staying fit.

The new, stylish apartment buildings contrast with the older, plain rectangular designs.  The modern architecture of the new Haeundae Beach towers rivals that of any location I’ve seen.  I surmise that Korea’s growing economy brings with it greater resources to invest in visual appeal.

Nightlife in Changwon bespeaks of a vibrant local economy.  The popular restaurants do a brisk business.  After completely filling up on all of the numerous tasty “banchan” or “Korean side-dishes,” next stop is a “norebang” aka “Korean singing room”.  By then it’s past my bedtime so my hosts hail a taxi and send me on back to the hotel.  No telling for certain when the night ends in Changwon.

There are a number of difficulties that can be encountered when translating from one language to another.  An example is the food item “vegetable salted not long before eating”.  The literal meaning would leave most native English-speaking people a little confused or amused.  The problem may be the translator does not know English idioms, vocabulary, expressions, or possibly even grammar well enough to convey the intended meaning.  Either that or the food name conveys a concept that to most Westerners is simply not of significance to them.

You are more apt to find Koreans riding a bicycle to school or work than you would in a typical US city.  But that might be saying that instead of one in a hundred people riding a bike in the US, you would find one in twenty-five riding a bike in Korea.  I don’t know the actual statistics.  There are many people riding bikes or driving scooters but the vast majority drive a car.  A super-abundance of cars and rush hour traffic are realities that Americans share with Koreans. 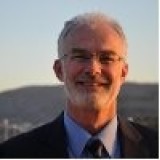 Randal Ferman has more than 45 years’ experience in the pump industry. He is a registered Professional Engineer in California and in Texas. During his 32 years with Flowserve, a global pump manufacturer, his responsibilities covered a broad range of engineering assignments. He is presently Principal, Ekwestrel Engineering LLC, Austin, Texas, providing services on new and existing pumping equipment and systems. His clients span a range of industries including oil & gas, electric power generation, water, wastewater, solids handling, pump manufacturing, engineering and construction, energy efficiency, pipeline transportation, and pump service and repair.

This site uses Akismet to reduce spam. Learn how your comment data is processed.